In the second World Cup race in Maribor SQlab team rider Nina Hoffmann won her first World Cup. The weather on Sunday was better for the riders than at the first race. The track dried up and the riders' times became tighter and tighter. But Nina was able to win with 1.889 seconds ahead of Marine Cabirou and was happy about her first World Cup victory. It is the first German World Cup win in more than 25 years. 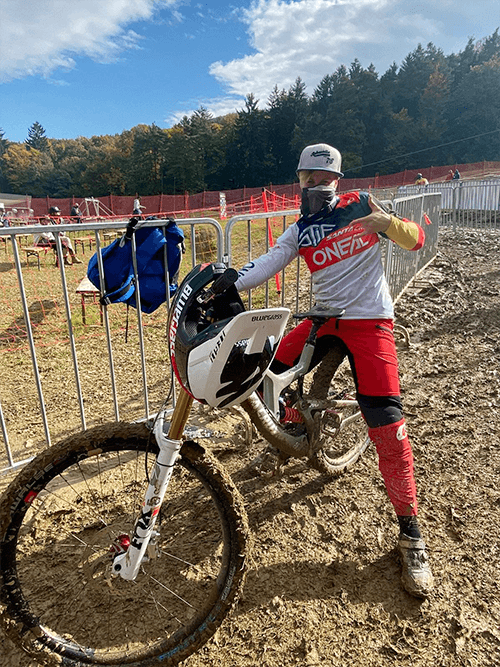 "Below the last jumps I pushed what I could and then heard that it was getting tight and thought "pedal, pedal" - and in the end it was enough."

Congratulations to Nina Hoffmann!
We are already looking forward to the next race in Lousa.

Nina rides this saddle model on her bike