News - Flood of medals at the German Championships

Successful outcome of the German Championships for the SQlab athletes! A total of 12 German championship titles and 18 medals were brought in the disciplines XCO and track cycling last weekend.

In Bad Salzdetfurth, Lower Saxony, at the German XCO Championship, the riders of the SQlab-supported teams, including the Lexware Mountain Bike Team, the German Technology Racing Team and Trek Vaude were able to win the German championship titles in the various classes. Temperatures over 30 degrees have demanded a lot from the athletes but despite the extra stress some managed to keep a cool head and come out on top. 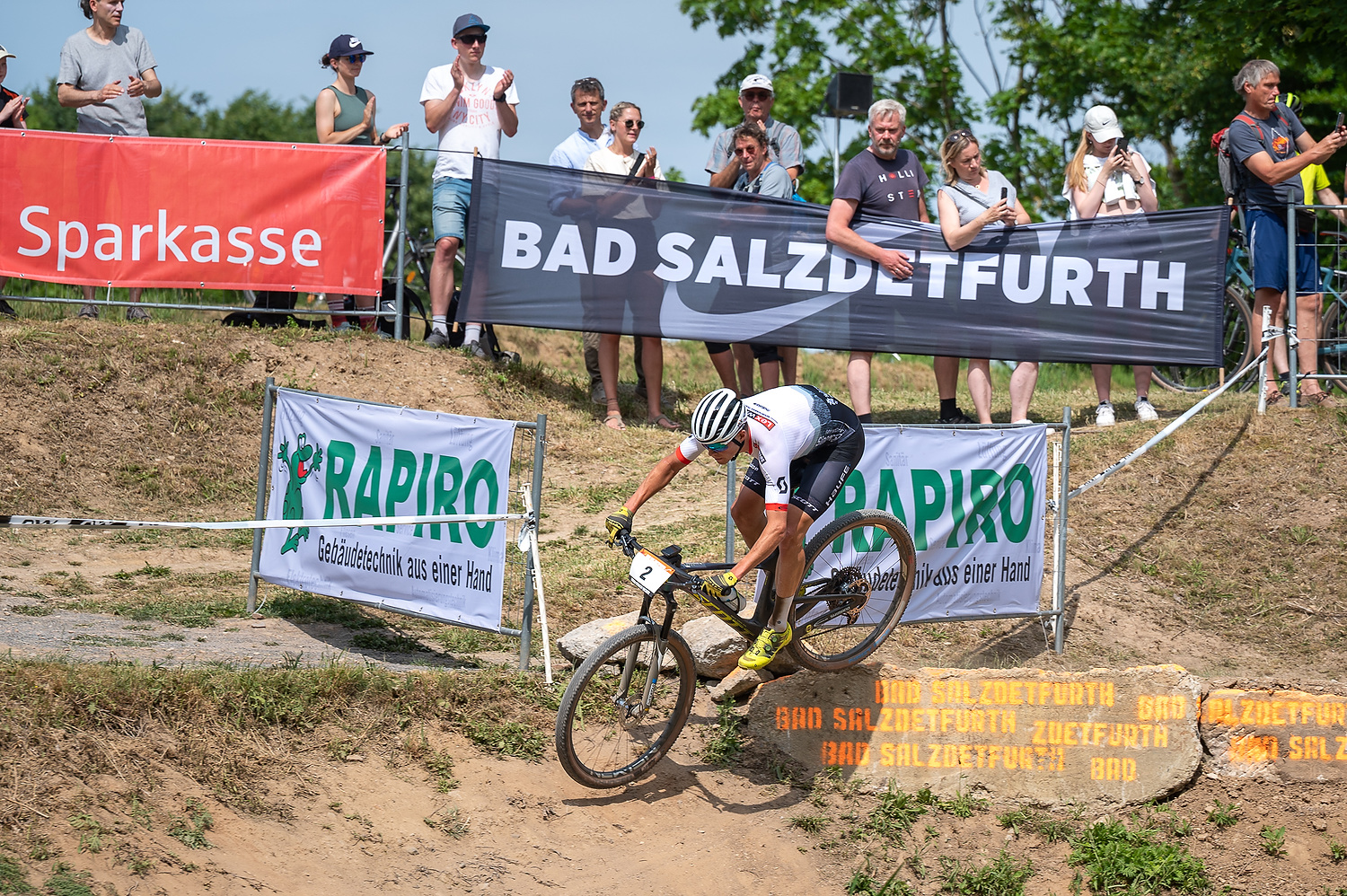 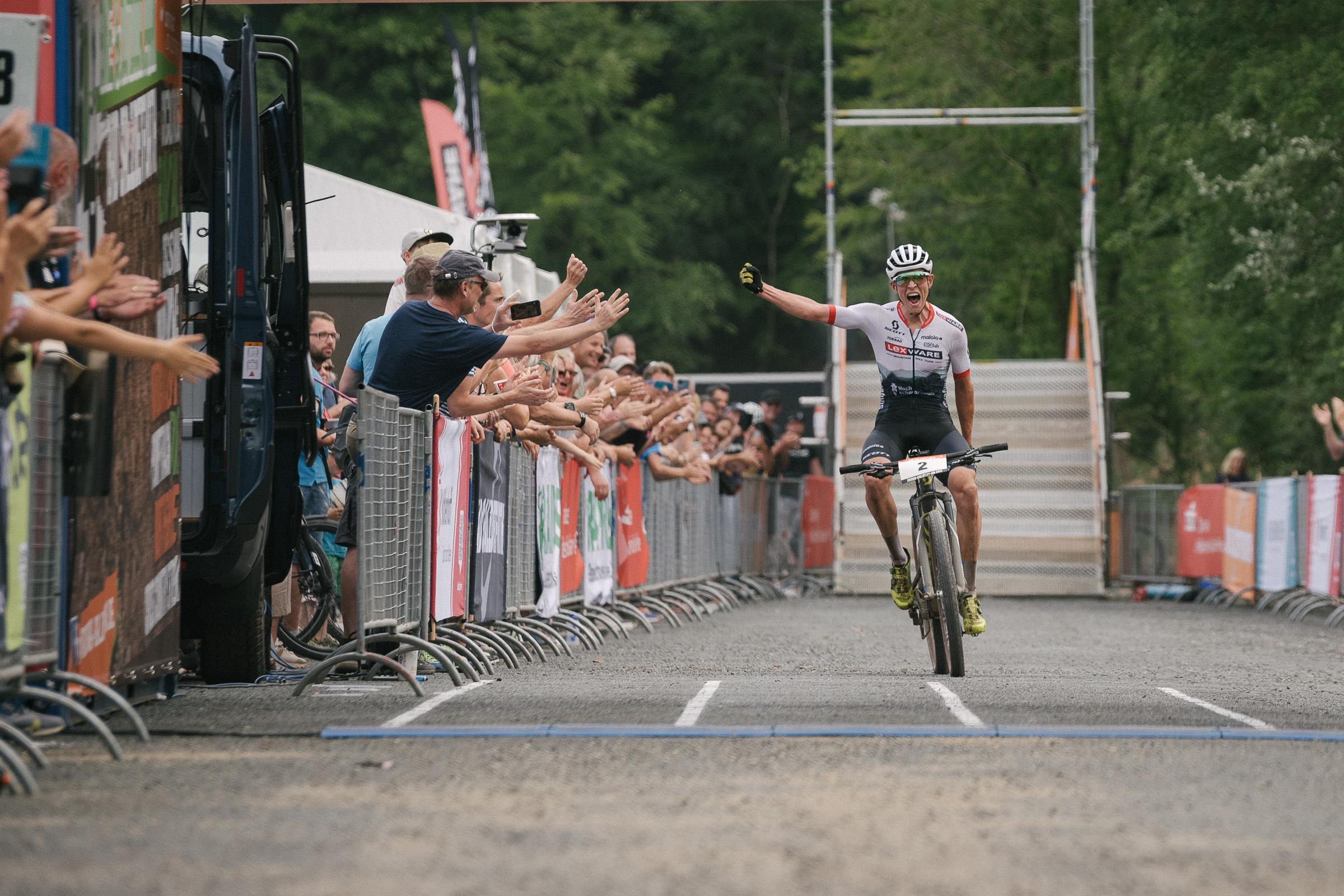 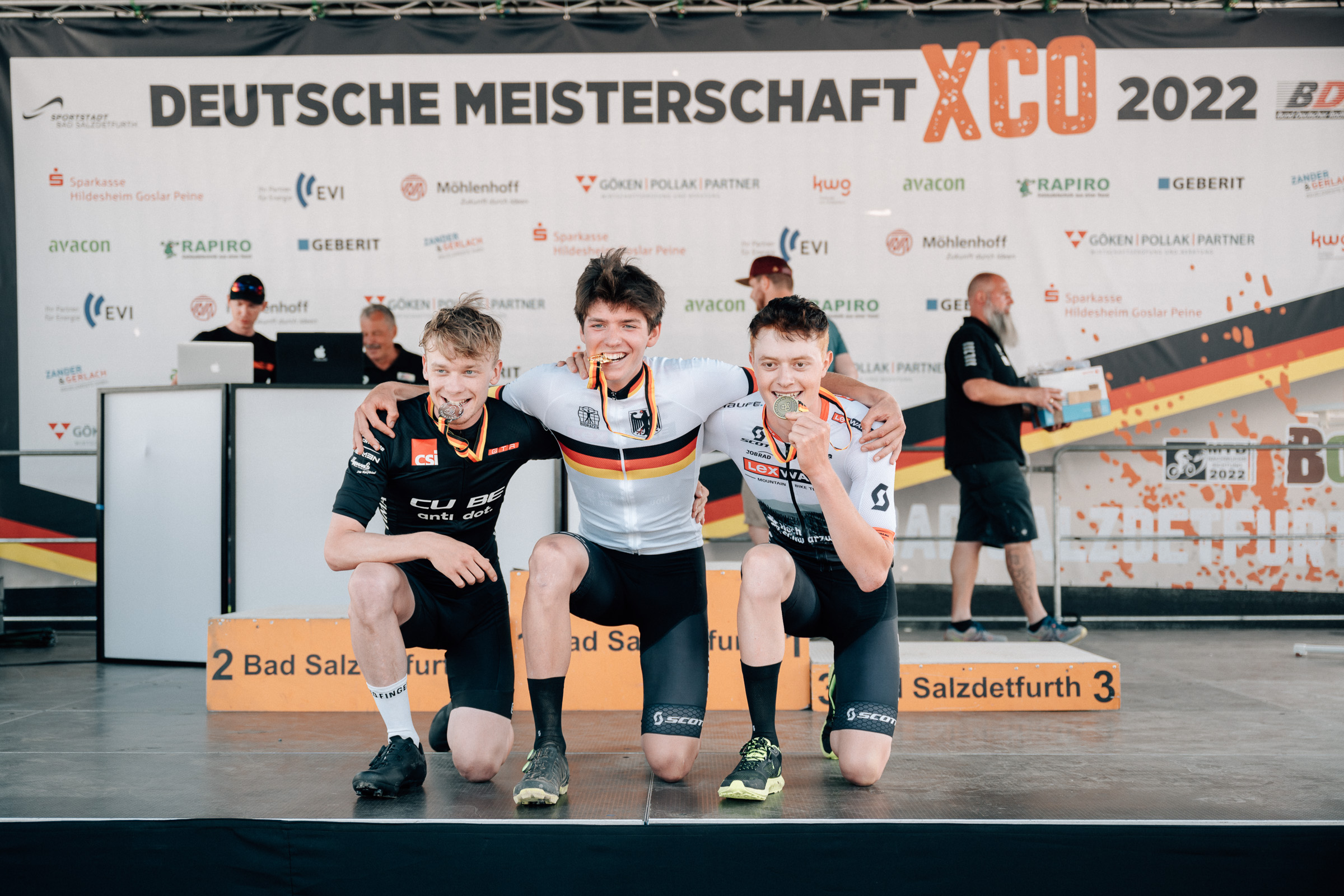 Maximilian Brandl (Lexware) - is German Champion Elite! He celebrated his great comeback after a fracture of the radial head in April. "I am overjoyed!" he beamed. Brandl is now allowed to compete in World Cup races in the German national colors again after failing to win the German Champion title last year. Lukas Baum and Georg Egger (Speed Company Racing), winners of the Cape Epic finished the race in 4th and 5th positions, while David List (Lexware) was 8th.

"I am overwhelmed with happiness." - Max Brandl

In the junior women's U19 category, Carla Hahn secured the gold medal ahead of her teammate Antonia Weeger, who thus won silver. Both compete for the Lexware Mountain Bike Team. Ronja Theobald of the German Technology Racing Team just missed the podium and finished fourth.

In the women's race and the U23 class, Luisa Daubermann of the Trek Vaude Team took the silver medal. Sina van Thiel rode to 5th place for the Lexware MTB Team.

"I knew I could do it and I put a lot of pressure on myself before the race." - Carla Hahn 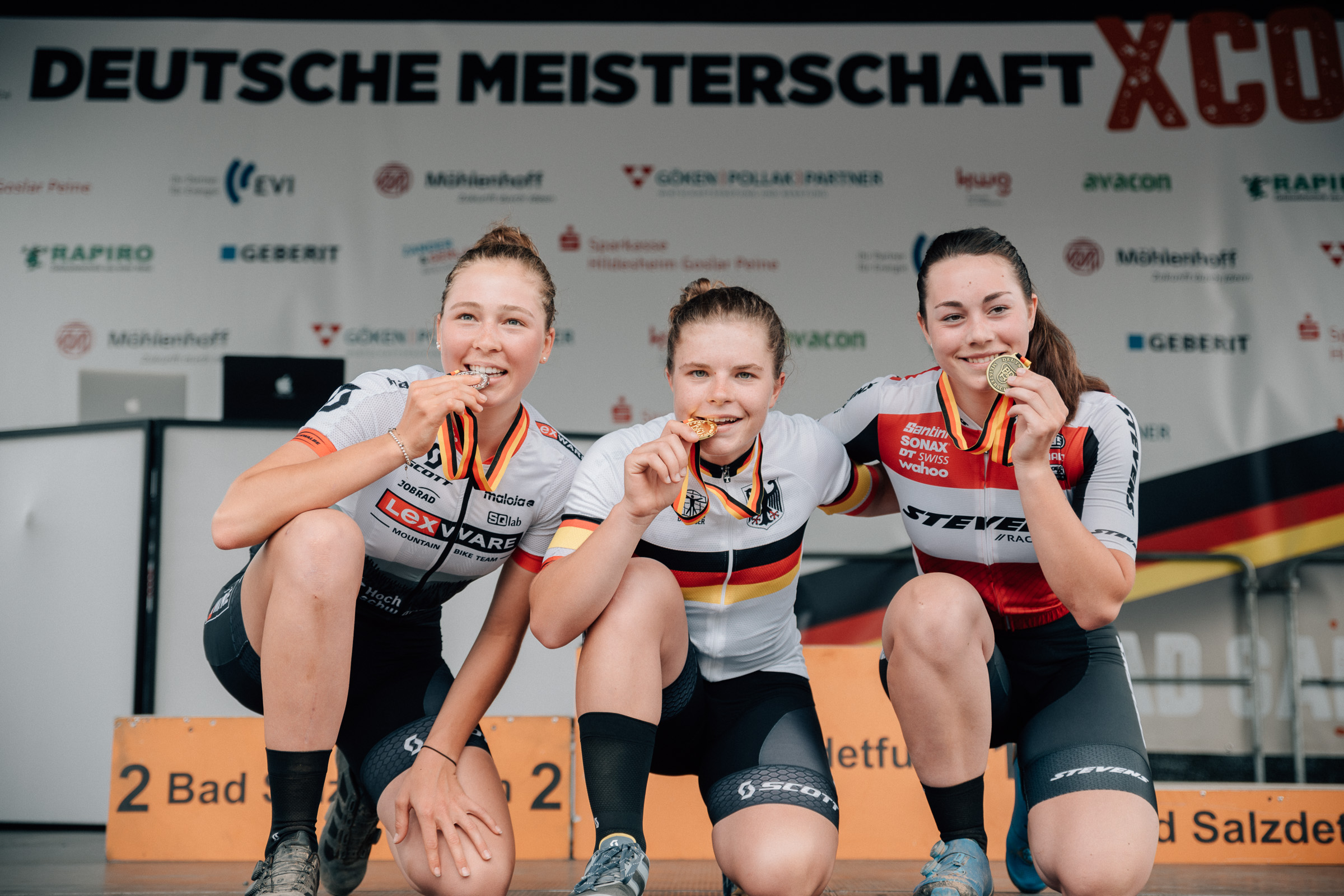 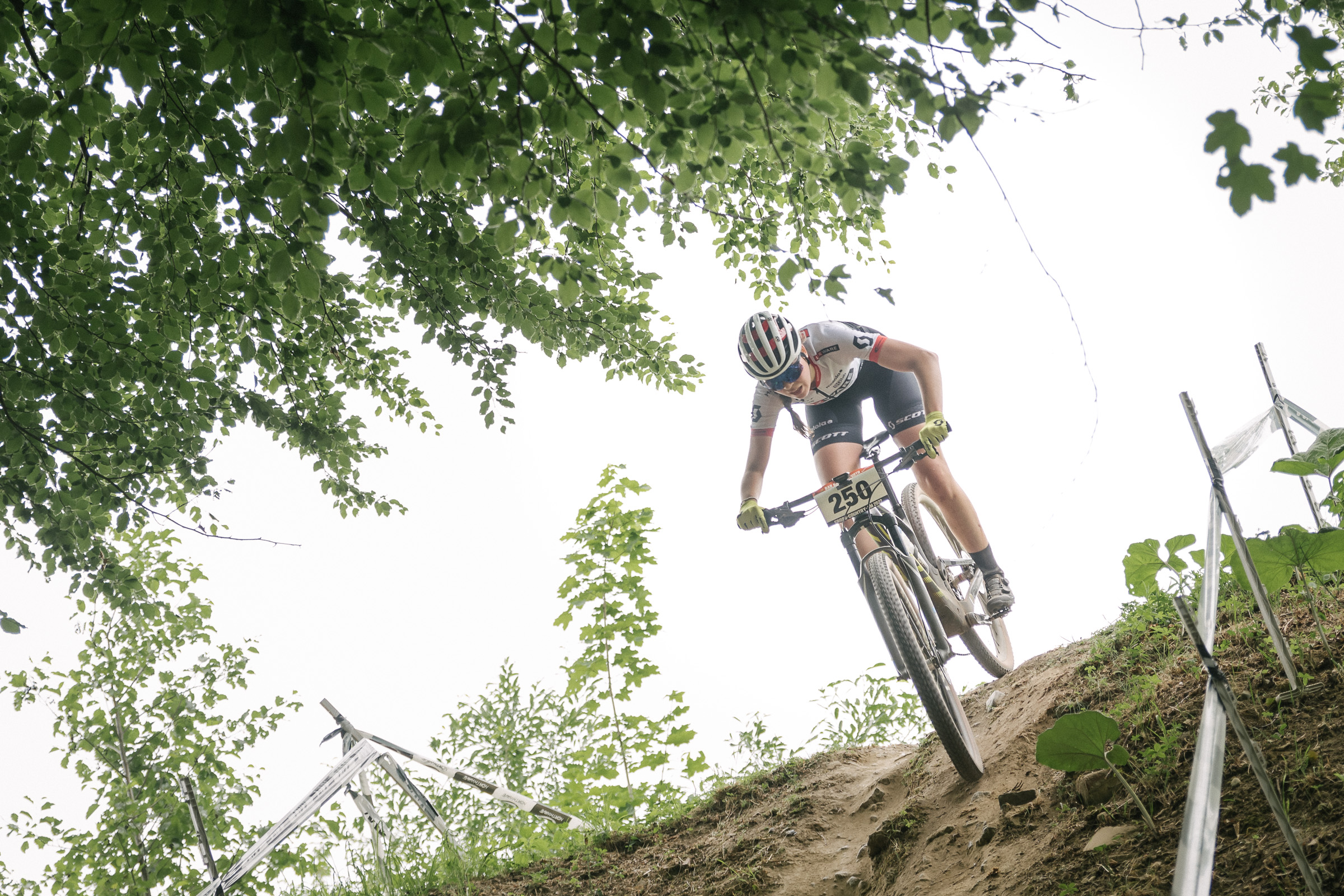 Lennart Krayer (U23) and Paul Schehl (U19) - both Lexware MTB Team were able to secure more gold medals for their team. "I overslept my start a bit and then had to catch up from behind," said Krayer. However, with a 35-second lead, he succeeded brilliantly. Paul Schehl secured his first title and is happy "(...)to have broken the spell." as he said. Lars Gräter (German Technology) won silver in the U19 category. His teammate Benjamin Krüger made the podium complete with the bronze medal.

"I missed my start a bit and then had to catch up from behind," said Krayer. 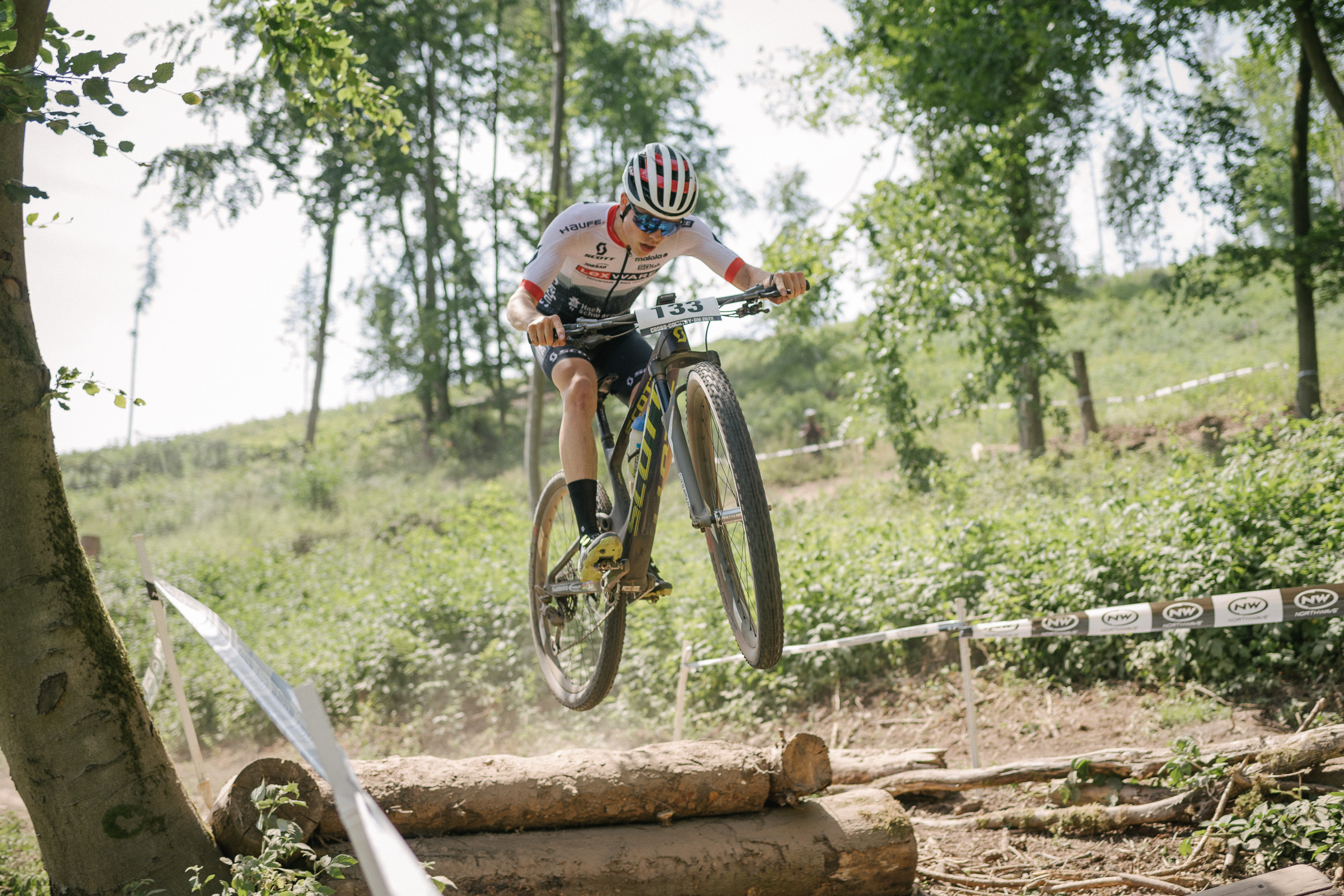 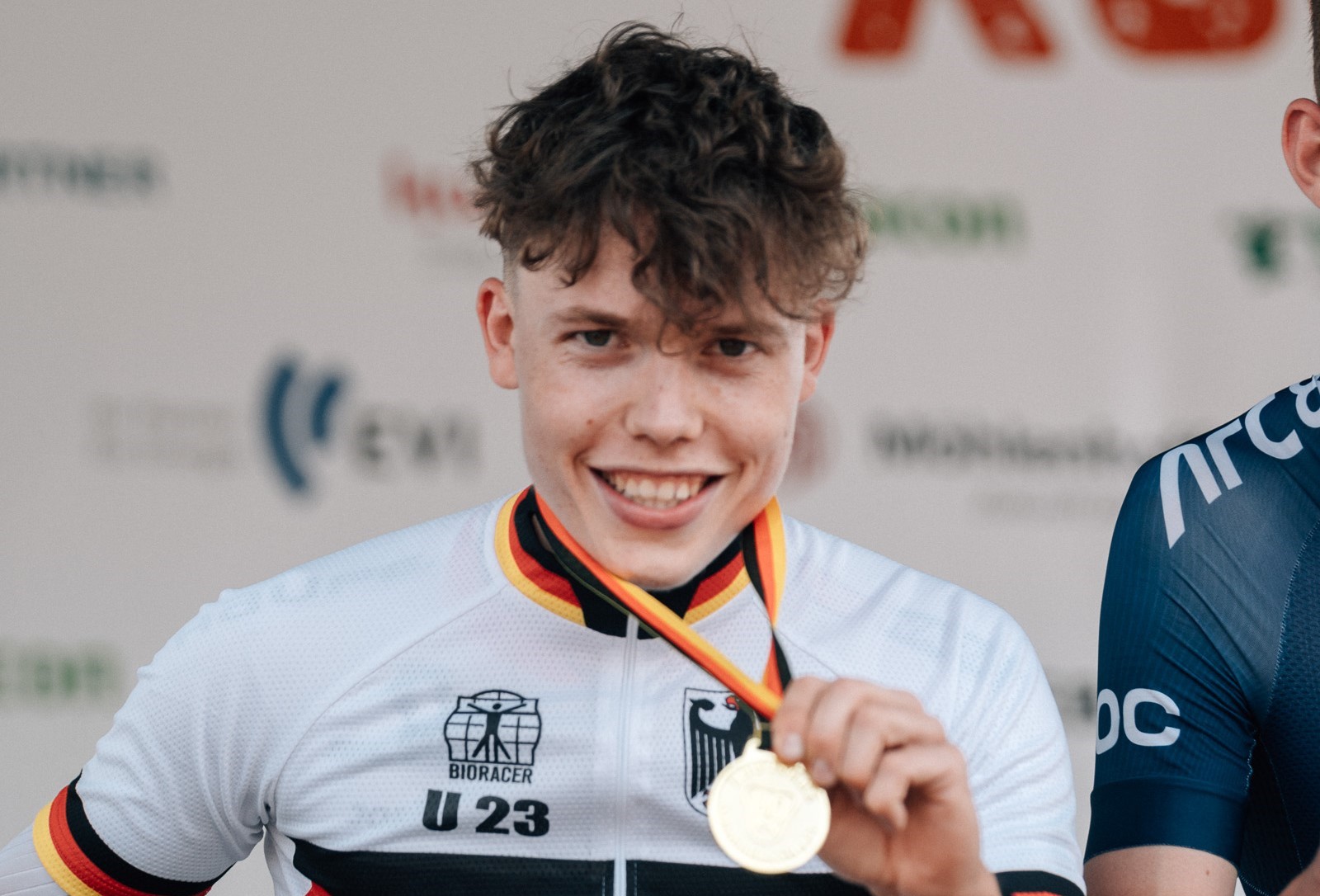 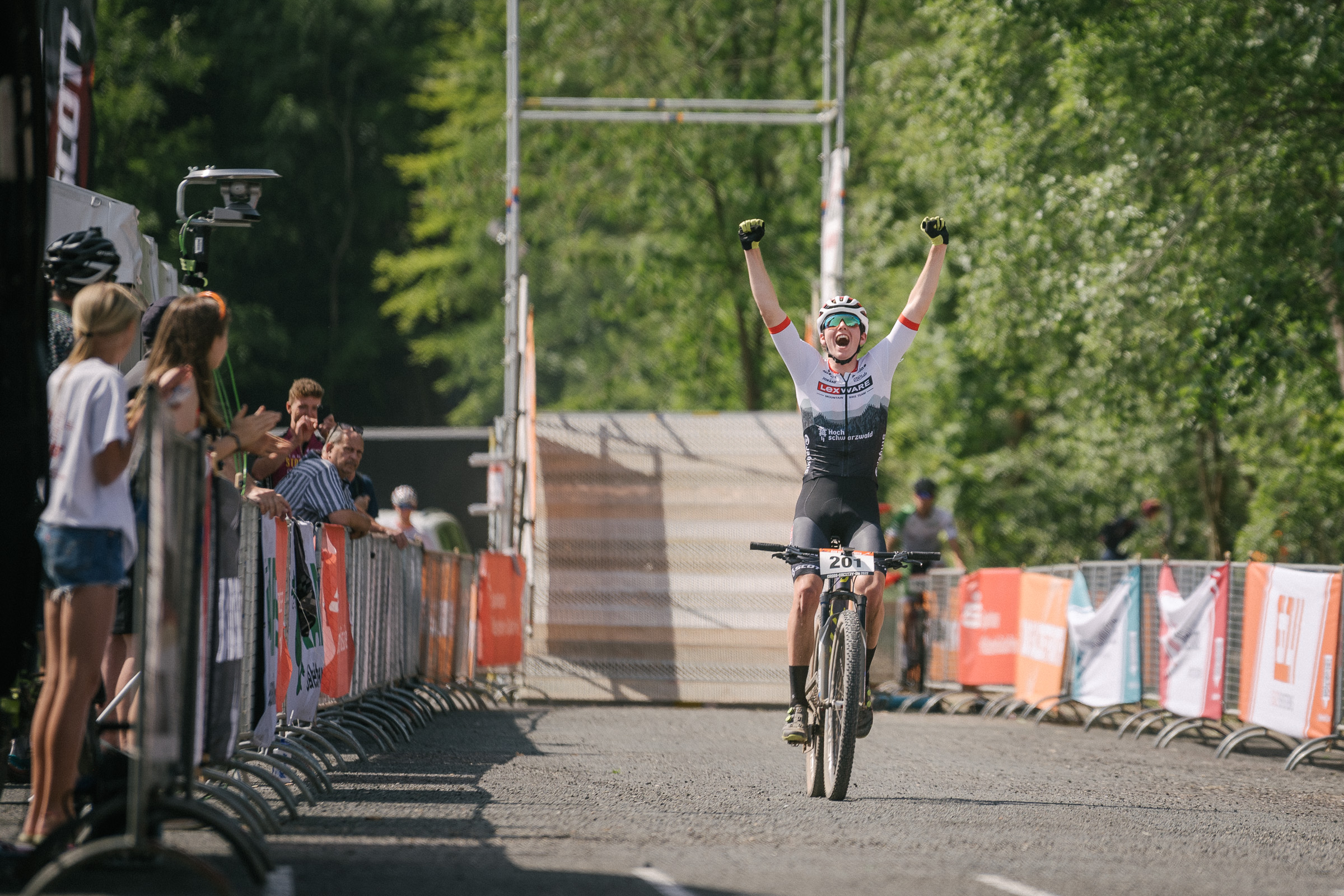 All riders of the three teams ride the 711R grips and the 612R carbon saddle on their mountain bikes. The 711R grips are particularly light at 59g / pair, are loose and secure in the hand and help prevent arm pump. The 612R Carbon gives, by its narrower saddle nose, more legroom, which is particularly important in the downhill XCO. The raised rear gives support and allows, especially uphill, the most efficient power transmission.

In the 2000m single pursuit, Justyna Czapla (Team Mangertseder) rode to gold. In the team pursuit the girls of Team Mangertseder rode to the silver medal. Justyna also took gold in the elimination race. In the points race Magdalena Fuchs rides a tactically smart race and becomes the new German Champion. Justyna finishes second, one point behind, and takes silver.

All riders swear by the 612R carbon saddle for track cycling. In cycling in general, but in track cycling in particular, the efficient power transmission and the support to the rear is crucial for a powerful pedal without losses. 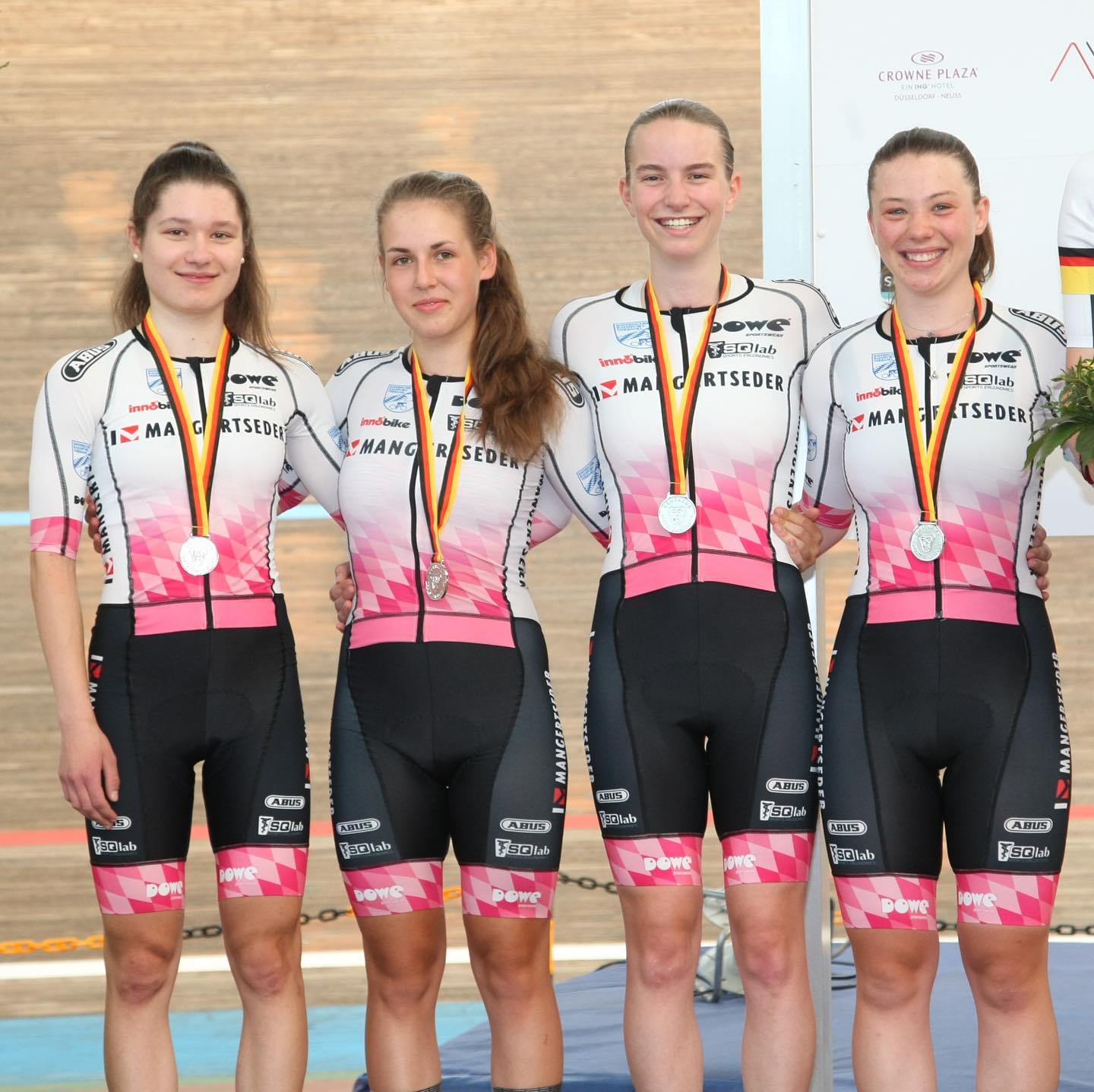 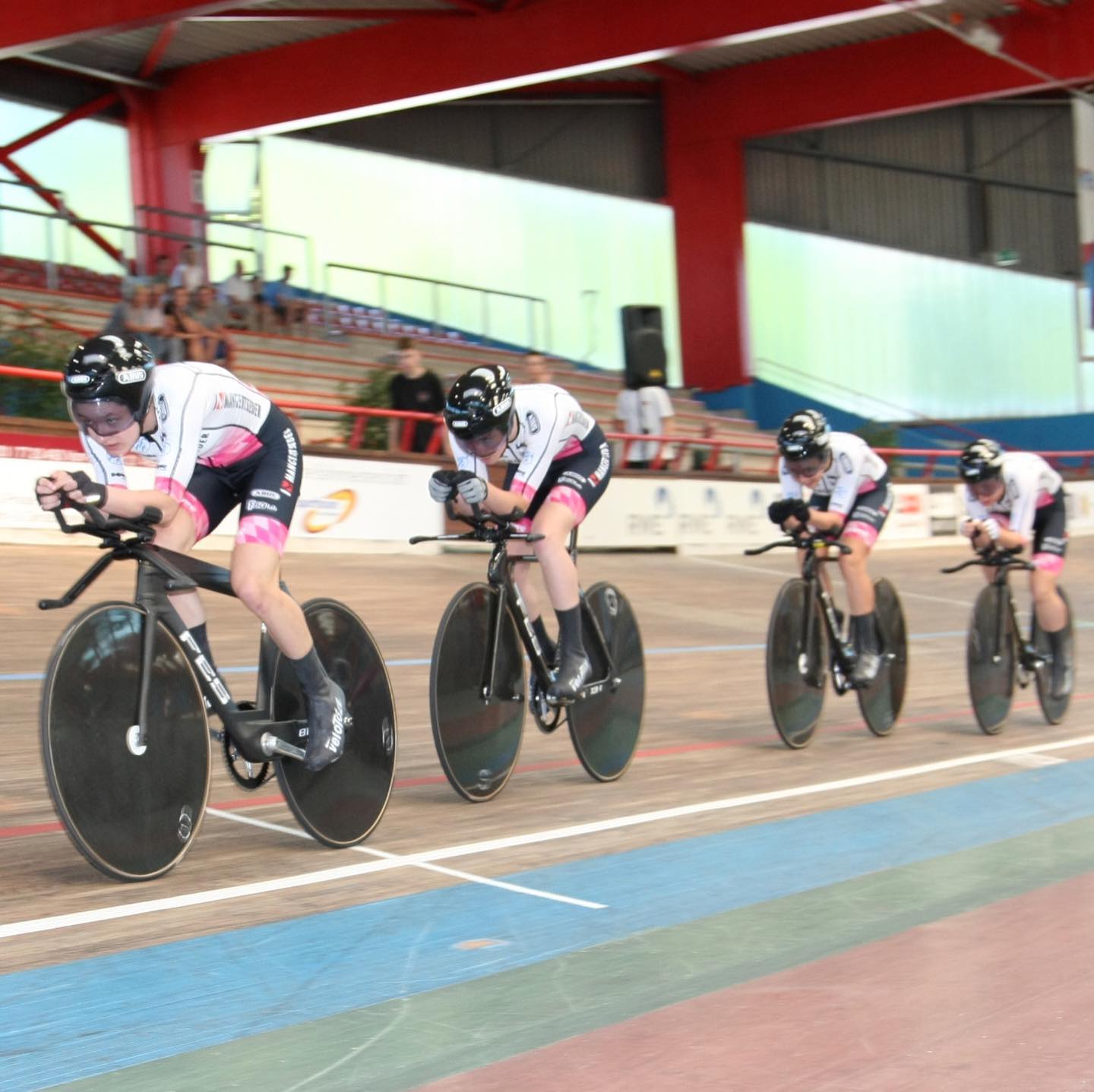 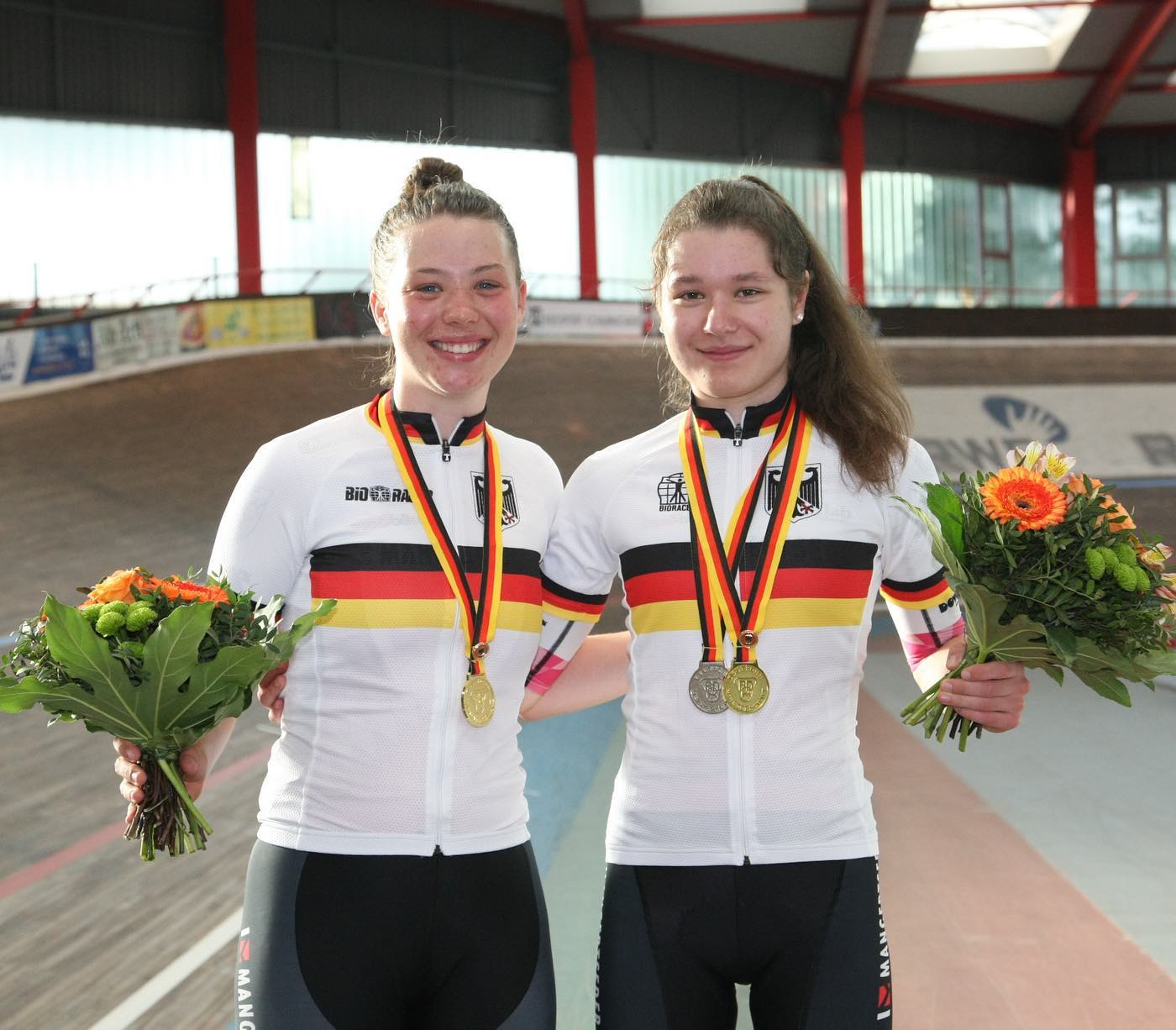