Persistently high pressure on the perineum expresses less in pain but more in feelings of numbness. How ever, this alarm signal should always be observed. Even if “deaf” means at first that nothing is felt, so it is not a direct pain that otherwise warns us of dangers for the body.

The pressure on the sit bone can be a little uncomfortable at first – until you get used to it – but it is a sign for the right saddle. 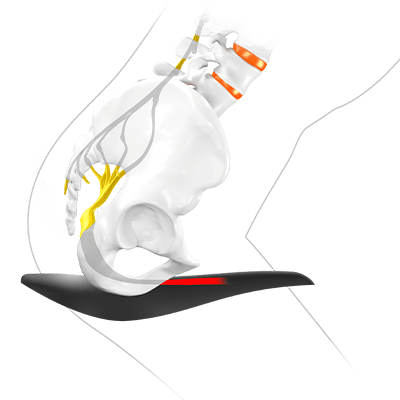 Typical saddle - with high pressure on the perineal area 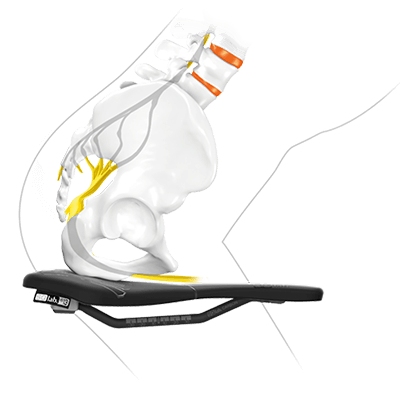 Conventional saddle in sporty sitting position with very high pressure at the perineal area. Nerve pathways in the genital area can be damaged and the blood supply greatly reduced. Attention.

SQlab step saddle with clear pressure peaks at the sit bones and pressure relief in the front, lowered area. The depression in the middle of the saddle is sufficient to ensure excellent blood and nerve supply.

The lowered saddle nose relieves pressure to the sensitive areas of both men and women. The availability of various saddle widths accommodates any differences in individual anatomy. For years, SQlab, with its various concepts; saddle width system, step saddle and adaptive damping, has been the most successful brand in saddle tests carried out by German trade magazines.

SQlab step saddles are available for all cycling activities from triathlon to road bikes, for various disciplines of mountain biking, for active trekking and touring bikes as well as for the cyclist who values comfort on a trekking or city bike. Led by urologist and extreme biker Dr. Stefan Staudte, the step saddle concept has arisen alongside the saddle width system.

In connection with the development of the step saddle concept Dr. Stefan Staudte carried out a meta-analysis of the pressure tolerances of individual tissue types from existing studies from 1976 to 2012. 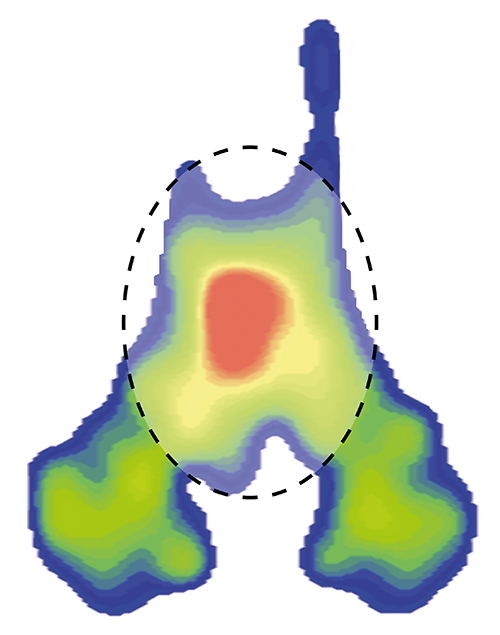 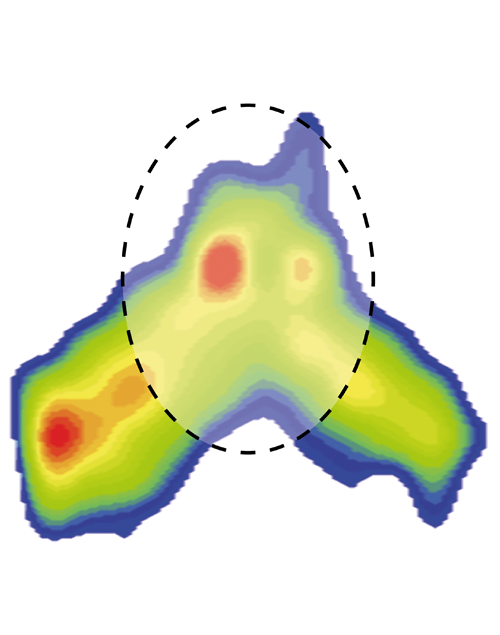 Gel saddle: Pressure in the perineal area which will increase on longer rides 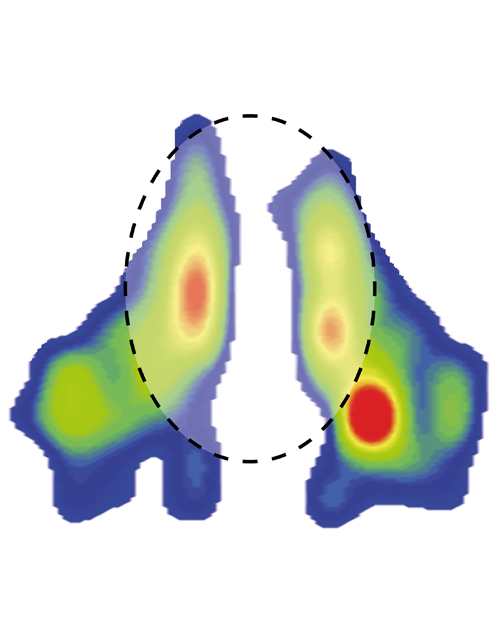 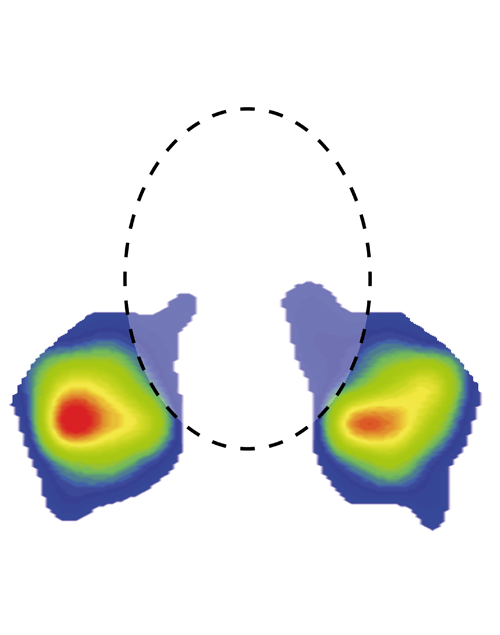 For men who need a little more space, the SQlab step saddle creates more free space and is therefore ideal!

What does science say?

Scientific studies have shown that athletes are generally less likely to suffer from erectile dysfunction (e.D.) than non-athletes. Results of several studies suggest that approximately 6-10% of all men between the ages of 30 and 50 suffer from moderate to severe e.D.. A very significant study among athletes showed that 1.1% of runners suffer from moderate to severe e.D., 2% of swimmers and 4.2% among cyclists. Assuming that the positive effects of cycling are at least comparable to those of running, for 3.1% of cyclists, instead of an improvement, there is a deterioration into the critical range. However, it does not always have to come to the worst - sexual performance rises and falls, as does muscle strength or endurance performance, for example. With increasing age, however, it decreases disproportionately. So it makes sense to do sports, especially cycling, but to make sure that the saddle is anatomically correct. It would be a shame if the positive effects were cancelled out by the wrong saddle.